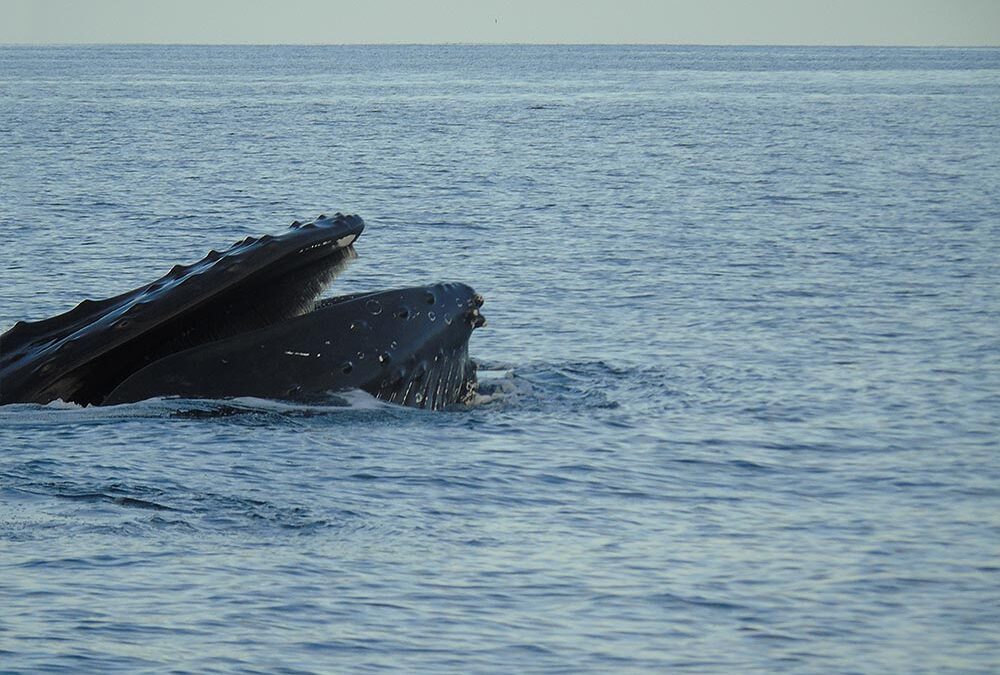 His Journey
IDAW research shows us that west Kerry and west Iceland share a population of these humpback whales. Our water represents important feeding habitat for these whales. This puts the onus on us for conservation to ensure quality of waters remains suitable for these humpback whales – we cannot lose these magnificent creatures from out waters!

Our Skellig Coast humpback was on the way to Iceland for breeding. On arrival he will need to earn the right to mate with a female, and this involves often fierce competition. He will fight other males around the female, breaching, tail-slapping, and charging at one another. In doing so they hope to impress the female with their dominance and strength. Most of this fighting is for show however, and it is rare that they will cause each other serious physical harm. Singing also plays a part in reproduction. It is thought that males will use song to attract the female, as well as to show dominance. Once mating has occurred, the gestation period for female whales is 11.5 months.

IDAW has recorded over 100 individual humpback whales off the coast of Ireland. This has been over a period of 20 years recording sightings. By analysing these pictures, it is evident the same humpbacks have been returning to Ireland year after year in some cases for decades. These are identifiable by the unique white markings on their tail – these markings are as distinguishable as finger prints!

The IDAW has noted one humpback “Boomerang” who keeps coming back and is identified by his distinctive dorsal fin. He has been recorded off the coast of Ireland on 44 occasions over a 12-year period. Keep an eye out for our Skellig Coast humpback chances are he will be back again!

We have moved from a stance of hunting to preserving since the 1700’s. At this time there was many whale killings on the west coast with 900 whales killed in Mayo. There was only 6 of these that were humpback as their numbers had depleted worldwide due to over hunting. It is estimated that at least 300,000 individuals were killed worldwide. Humpback whales have been protected since 1960 with a complete ban in 1985. A recent study has recorded 80,000 humpback whales worldwide. While these numbers are not worrying, we still must be proactive in our conservation.